Making Up a Great Trademark 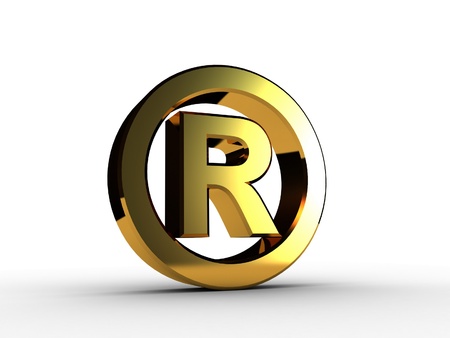 What makes for a great trademark? Taking a hint from the title of this article, one answer suggests itself – a completely made-up one! Let’s explore why.

The United States Trademark Office allows one to apply for trademark registration to promote business, by enabling the federal registration of a business name, as well as logos and symbols. Prior to this, local use of a mark only established limited rights, without any protection as one expanded to new territory where conflicts could occur with others using the same trademark.

Eligible as trademarks are words, phrases, or logos that identify the source of goods or services being offered. Getting a trademark reserves your right to prevent other’s use not only of the exact mark but also “confusingly similar” ones, ensuring that customers can easily identify the source of goods and services and avoid deceptive use by others trying to ride on your success by using the mark or a similar one. This limitation is only within the same goods and services category, the principle being that a mark for a car repair service, say BODY ART would NOT be confused with the same mark used by a gym.

Some things are simply not eligible as trademarks. Common words and phrases already in common use are not typically registerable. The same for abbreviations and acronyms of phrases like “DNA” where the mark is related to the goods & services, such as a supplier of these chemicals. However, this is grantable for an ancestry service that uses your DNA to trace family roots. Also prohibited are similarly pronounced or similar sounding marks that look or sound like a mark already in use, such as 4 Corners vs. Four Corners, or Photoshop vs Fotoshop. Another pitfall are words or phrases that are merely descriptive of the goods or services, or something that might normally be used to modify them, such as Best Auto Repair.

A completely made-up mark (arbitrary and fanciful) is the strongest – very likely to be unique, attributed solely to you, your company and products – and grantable because no other mark or similar mark likely exists. A good example is Nike for sports apparel and equipment, whose only connection is perhaps an implied association with that same mythological Greek goddess who personifies victory.

Next are suggestive marks (medium strength) that hint at the goods or services without explicit meaning. Good examples are Fridigaire and SubZero, now readily known as the top refrigerator brands.

If a mark is seen as merely descriptive, however, the mark is weak and unlikely to be granted. A good example is Bitcoin for a digital currency, ‘bit’ clearly relating to computers and ‘coin’ being currency.

Finally, generic marks that are common words and phrases generally get no protection. An example here is “Ranch” dressing, because The Hidden Valley Ranch Company failed to timely apply for the basic mark before competitors introduced their own version, making Ranch generic with French, Italian, etc. as merely the name of a type of dressing.

So having a unique mark that no one else has is the goal. And completely made-up marks are the best. But how does one build association and recognition if the mark is fictional? One approach is to make up marks that are fictional but suggestive. For example, Expedia and Travelocity. Both are fictional, the latter perhaps better in terms of suggestiveness in connection with travel, although expedition is just another name for the same. Both, however, quickly became identified with their services within months of being rolled out. In contrast, Hotels.com was initially rejected as being generic, and the company had to argue instead that although it was descriptive, it had acquired distinctiveness over other uses during years of use and exposure to the public.

Thus the best marks are fictional and fanciful, preferably suggestive or simply words without any meaning in relation to the goods or services offered, such as Apple used for computers.

Making up a great trademark

One approach is to consider an advantage or benefit of the product or service, and then make a list of those benefits. You can expand the list with a dictionary or thesaurus to find alternative words and phrases. One can then artfully combine fragments or words in a unique way or different order. A refrigerator that basically replaces an ice box by blowing cold air (frigid air) becomes “Frigidaire” with an added e for good measure.

Running top candidates through some consumer screening is a great next step – how is someone from the general public likely to react and associate the mark. Trust your clients, customers and consultants for feedback.

So be bold, break out of the mindset to have your goods or service’s mark be too literal or instantly associated with your offering. Instead, trust that if you offer a great product or service that recognition will surely grow. When it does, your mark will be novel and provide a sustainable competitive advantage.