The First Issued US Patents 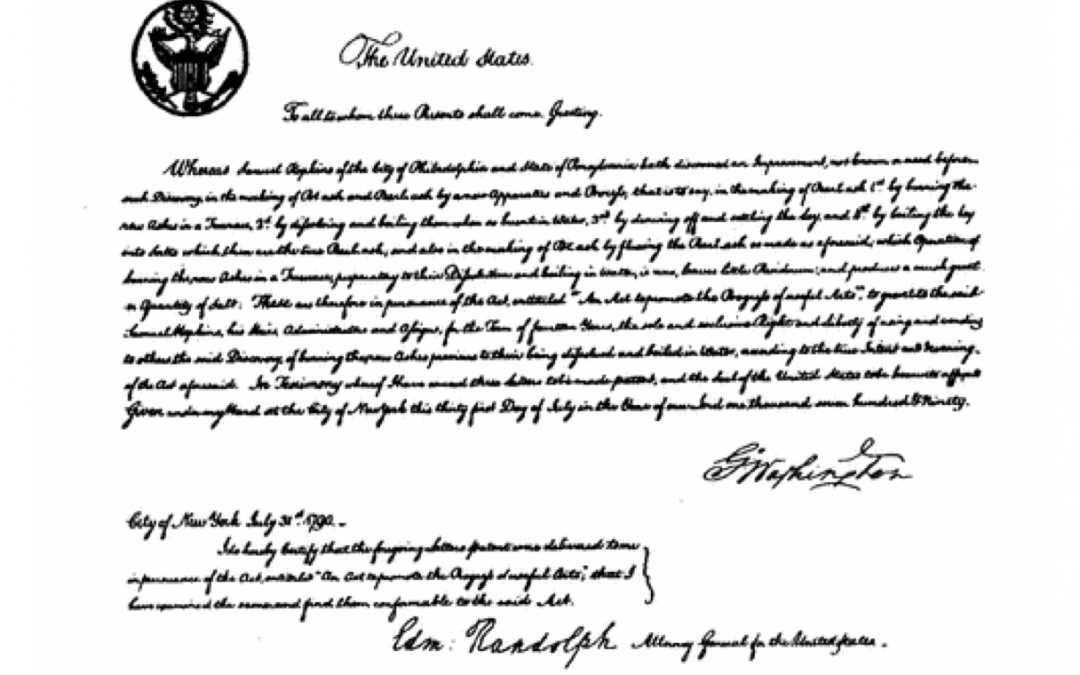 Curious as to the very first patent ever granted by the United States?  The patent grant shown above was the first one issued, to sole inventor Samuel Hopkins of Pittsford, Vermont in July of 1790.

The Hopkins patent claimed an “Improvement, not known before such Discovery, in the making of  Pot ash and Pearl ash by a new apparatus and Process”, and was granted for a term of fourteen years.  Now a longer effective term applies, being twenty years from the filing date.  The name potash is still in use, although mostly amongst chemists, and refers to those potassium salts, being mild alkalis, which remain in the ashes of wood or other fibrous plants and seaweeds. Potash was most notably useful in making ‘soft’ soaps that would not leave a residue and that were less harsh that those made with ‘caustic soda’, being the common name for sodium hydroxide, aka powdered Drano®.  In addition, potash also played an important role in bleaching, mining, metallurgy and other industrial interests, a good example of the emerging chemical industry in the early nineteenth century.

The Patent system quickly became popular, and by July of 1836, about 10,000 patents had been issued.  At this point, the Patent Office became part of the State Department, and the newly minted US Patent Office decided to restart the numbering system at US 1, previous patents having been referenced by name and date, so that the first “official” US Pat. No. 1 was issued to John Ruggles for a Locomotive Steam-Engine for Rail and Other Roads. 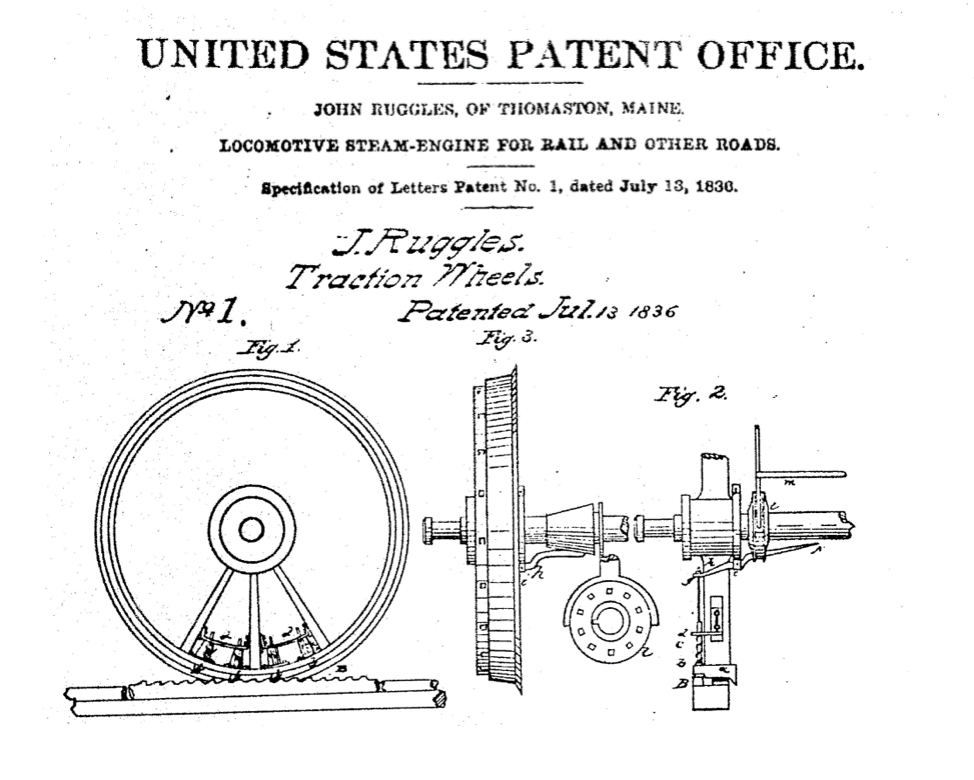